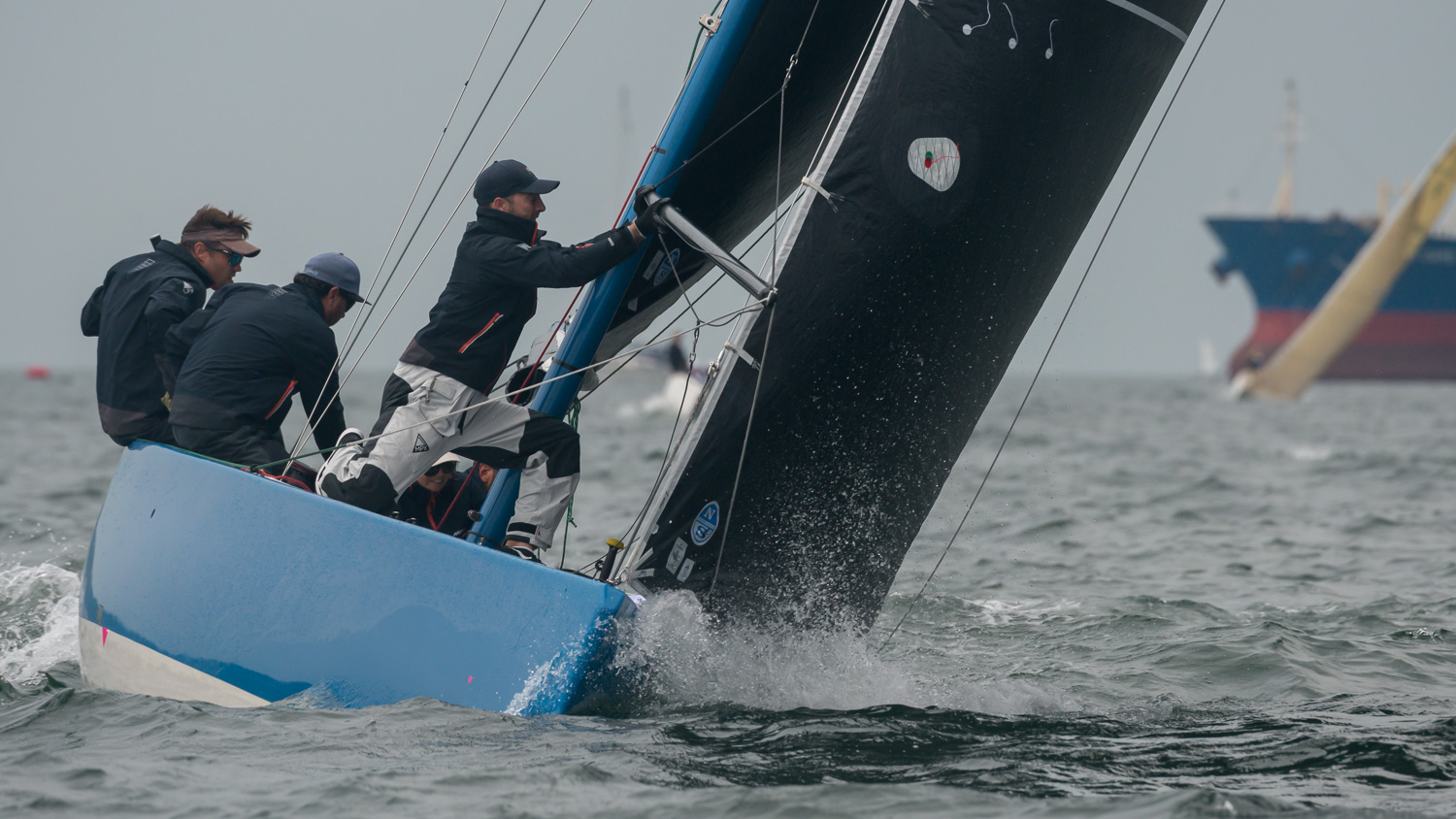 A Six Meter gets its name from the fact that it is roughly six meters on the waterline. Overall is normally just under 40 feet and beam slightly over 6 feet. The weight about 9500 pounds with almost 75% (7100 pounds) of that being concentrated in the deep lead keel. The formula of the International Rule allows significant variations between yachts as designers strive for elusive speed producing combinations by trading off length for sail area and many other dizzying permutations of draft, beam, waterline length and mainsail vs genoa size.

The International 6 Meter Rile is a formula designed to create racing sailboats of similar yet different proportions. This means that designers around the world can challenge one another with their own design philosophies, while at the same time creating yachts that can be raced against each other.

The early ‘60s were dark time for the Class. The glory days of Olymic and International competition was but a memory, new builds were now a rarity. It seemed as if the yachting community no longer wanted these expensive anachronisms. There were still a few embers in this gloom. The brightest shone in Seattle, USA, some 250 km south of Vancouver or Victoria. In fact, these happy days that directly led to the formation, with the cooperation of the remaining European fleets, of ISMA.

As the Sixties ended, a meeting of Australia and Puget Sound enthusiasts culminated in a Mach Race series held at the neutral ground of San Francisco’s St Francis Yacht Club. This event marked the first event of a Modern (aka Open) Six in competition. Building on this success, the Puget Sound fleet went on to organize the Class’s first World Championship in 1973. Twenty boats sailed for a trophy donated by the Port of Seattle, for the biennial competition.

This and subsequent World Championships led to a bust of new interest in builds in the class. Soon a wide variety of hull shapes, rudders, and keels – some with wings – could be seen on the start line. While new boats still conform to the rule, it soon became apparent in all conditions, they were faster than the traditional designs. This, in addition to increasing fleet size, led organizers – beginning at the 1988 European Championships – to score “Moderns” and “Classics” separately. Finally, in the 1995 Worlds, separate starts were introduced. As an interesting aside, this separation of the 6 Meter fleets could well be said to be the beginning of the Classic Yacht renaissance.

Fast forward to 2000 – a small group of passionate yachtsmen and women in Vancouver and Puget Sound began looking for, and restoring, long-forgotten local Sixes in an effort to rejuvenate interest in racing them again. Within a few years, these boats began showing the Pacific Northwest “Flag” at international events, and winning too! In 2013, at Flensburg, it was proposed and accepted that the 2017 event be hosted in Vancouver, Canada.